Illinois home sales and prices climbed higher in December and capped off a 2015 housing market that showed a return to a more balanced market with total year-end sales and median price gains surpassing 2014, according to the Illinois Association of REALTORS®. 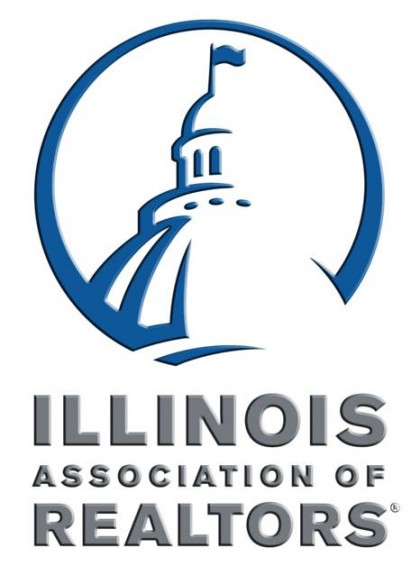 “The Illinois housing market continued to make positive strides in 2015,” said Mike Drews, GRI, president of the Illinois Association of REALTORS® and a broker-associate with Charles B. Doss & Co. in Aurora. “Buyer demand remains strong even amid tighter winter inventory and higher home prices bode well for homeowners thinking of selling.”

The monthly average commitment rate for a 30-year, fixed-rate mortgage for the North Central region was 3.95 % in December 2015, up from 3.93 % during the previous month, according to the Federal Home Loan Mortgage Corp. In December 2014 it averaged 3.85 %.

“The housing market in December behaved in a similar way to its historical pattern,” said Geoffrey J.D. Hewings, director of the Regional Economics Applications Laboratory at the University of Illinois. “Activity in both prices and sales was modest but increases were recorded for month-over-month and compared to the same month last year. Consumer sentiment remains positive towards housing purchases with inventory levels perhaps posing problems in some submarkets.”

„The Chicago market continues to post strong price gains, reflecting consumer interest in being in a vibrant city and a continuing shortage of available homes from which to choose,“ said Dan Wagner, president of the Chicago Association of REALTORS® and senior vice president for government relations for The Inland Real Estate Group. „All indicators are that the momentum we saw in 2015 will bridge over into the new year.“

Sales and price information is generated by Multiple Listing Service closed sales reported by 28 participating Illinois REALTOR® local boards and associations including Midwest Real Estate Data LLC data as of Jan. 7, 2016 for the period Dec. 1 through Dec. 31, 2015. The Chicago PMSA, as defined by the U.S. Census Bureau, includes the counties of Cook, DeKalb, DuPage, Grundy, Kane, Kendall, Lake, McHenry and Will.

The Illinois Association of REALTORS® is a voluntary trade association whose 44,000 members are engaged in all facets of the real estate industry. In addition to serving the professional needs of its members, the Illinois Association of REALTORS® works to protect the rights of private property owners in the state by recommending and promoting legislation to safeguard and advance the interest of real property ownership.