It would usually be difficult to find more polar opposite views to U.S. foreign policy, but when it comes to Ukraine, the anti-war intellectual and the former U.S. Secretary of State have more in common than either might like to admit.

The New York Times reported Tuesday that the Obama administration is considering sending more weapons to Ukraine – $3 billion worth. The Times reports: „Secretary of State John Kerry, who plans to visit Kiev on Thursday [Feb. 5], is open to new discussions about providing lethal assistance, as is Gen. Martin E. Dempsey, the chairman of the Joint Chiefs of Staff, officials said.“

This follows Defense News reporting that this spring the United States will be sending troops to train the Ukrainian National Guard and commence the shipping of U.S.-funded armored vehicles. The funding for this is coming from the congressionally-authorized Global Security Contingency Fund, which was requested by the Obama administration in the fiscal year 2015 budget to help train and equip the armed forces of allies around the globe.

The slippery slope of US involvement in what is developing into a civil war is based on a great deal of propagandistic statements and inaccurate corporate media coverage, and it calls to mind so many wars started for false reasons.

The views of Henry Kissinger and Noam Chomsky on this conflict are quite similar, though it’s difficult to find two more polar opposites regarding US foreign policy. Indeed, Chomsky has been a longtime critic of Kissinger for the bombings in Southeast Asia and the various coups against democratic leaders that occurred during his tenure. Chomsky has said that in a just world, Kissinger certainly would have been prosecuted for these actions. (These were the war crimes that CODEPINK recently protested before the Senate Finance Committee.)

Yet when it comes to Ukraine, Chomsky and Kissinger essentially agree with each other. They disagree with the more hawkish Obama administration and the even more extreme Sen. John McCain – who are both escalating the conflict in their own ways.

Chomsky has described Ukraine as a „crisis [that] is serious and threatening,“ further noting that some people compare it to the Cuban missile crisis of 1962. In discussing Russia and Crimea he reminds readers that, „Crimea is historically Russian; it has Russia’s only warm-water port, the home of Russia’s fleet; and has enormous strategic significance.“

Kissinger agrees. In an interview with Spiegel, published in November, Kissinger says, „Ukraine has always had a special significance for Russia. It was a mistake not to realize that.“

„Crimea is a special case. Ukraine was part of Russia for a long time. You can’t accept the principle that any country can just change the borders and take a province of another country. But if the West is honest with itself, it has to admit that there were mistakes on its side. The annexation of Crimea was not a move toward global conquest. It was not Hitler moving into Czechoslovakia.“

When Kissinger says that Crimea is not akin to Hitler and a desire for global conquest by Russia, he is going to the heart of the arguments made by those seeking escalation. Asked whether he believes the West has „at least a kind of responsibility for“ the escalation in Ukraine, Kissinger says:

„Europe and America did not understand the impact of these events, starting with the negotiations about Ukraine’s economic relations with the European Union and culminating in the demonstrations in Kiev. All these, and their impact, should have been the subject of a dialogue with Russia.“

In other words, Kissinger blames the US and Europe for the current catastrophe in Ukraine. Kissinger does not begin at the point where there is military conflict. He recognizes that the problems in Ukraine began with Europe and the US seeking to lure Ukraine into an alliance with Western powers with promises of economic aid. This led to the demonstrations in Kiev. And, as we learned from Assistant Secretary of State Victoria Nuland, the US spent $5 billion in building opposition to the government in Ukraine.

In an October interview on US foreign policy with the Plymouth Institute for Peace Research, when asked about Ukraine, Chomsky says:

„It is an extremely dangerous development, which has been brewing ever since Washington violated its verbal promises to Gorbachev and began expanding NATO to the East, right to Russia’s borders, and threatening to incorporate Ukraine, which is of great strategic significance to Russia and of course has close historical and cultural links. There is a sensible analysis of the situation in the leading establishment journal, Foreign Affairs, by international relations specialist John Mearsheimer, entitled „Why the Ukraine Crisis Is the West’s Fault.“ The Russian autocracy is far from blameless, but we are now back to earlier comments: we have come perilously close to disaster before, and are toying with catastrophe again. It is not that possible peaceful solutions are lacking.“

Kissinger, too, warns of Ukraine as a dangerous situation, describing the potential of a new Cold War and urging the countries involved to do all they can to avoid „a historic tragedy.“ He tells Spiegel:

„There clearly is this danger, and we must not ignore it. I think a resumption of the Cold War would be a historic tragedy. If a conflict is avoidable, on a basis reflecting morality and security, one should try to avoid it.“

Chomsky agrees that the Ukraine conflict is high risk but goes further. Speaking to Russia Today (RT), he mentions a risk of World War III and nuclear war, saying the world has „come ominously close several times in the past, dramatically close.“ He then describes the current situation in Ukraine: „And now, especially in the crisis over Ukraine, and so-called missile-defense systems near the borders of Russia, it’s a threatening situation.“

Kissinger is also critical of the economic sanctions against Russia. He takes issue with targeting individuals because he does not see how that ends. Indeed, the criticism of the sanctions also applies to US military involvement in Ukraine. Kissinger tells Spiegel: „I think one should always, when one starts something, think what one wants to achieve and how it should end. How does it end?“

The virtual takeover of Ukrainian government

The US has loaded the Ukraine government and key businesses with Americans or US allies. Nuland was caught on a telephone conversation with Geoffrey Pyatt, the US ambassador to Ukraine, picking the next leader of Ukraine. The call is more famous for her closing line – „Fuck the EU“ – but in the call she also says that the next leader of Ukraine should be the former banker Arseniy Yatseniuk, who she calls by a nickname „Yats.“ Indeed, he has since become the prime minister of the post-coup Ukrainian government.

The most recent top official to join the Ukrainian government is Natalia A. Jaresko, a longtime State Department official, who went to Ukraine after the U.S.-sponsored Orange Revolution. Jaresko was made a Ukrainian citizen by the president on the same day he appointed her finance minister. William Boardman reports further on Jaresko:

„Natalie Jaresko, is an American citizen who managed a Ukrainian-based, U.S.-created hedge fund that was charged with illegal insider trading. She also managed a CIA fund that supported ‘pro-democracy’ movements and laundered much of the $5 billion the US spent supporting the Maidan protests that led to the Kiev coup in February 2014. Jaresko is a big fan of austerity for people in troubled economies.“

Then, there is also one of the most important business sectors in Ukraine: the energy industry. After the U.S.-supported coup, Vice President Joe Biden‘s son, Hunter Biden, and a close friend of Secretary of State John Kerry, Devon Archer, the college roommate of the secretary of state’s stepson, have joined the board of Ukrainian gas producer Burisma Holdings, Ukraine’s largest independent gas producer by volume. Archer also served as an adviser to Kerry’s 2004 presidential campaign and co-chaired his National Finance Committee. He also serves as a trustee of the Heinz Family Office, which manages the family business.

This virtual takeover of the Ukrainian government is the opposite of what Kissinger would have liked to have seen. He wrote last March, „If Ukraine is to survive and thrive, it must not be either side’s outpost against the other – it should function as a bridge between them.“ Unfortunately, it looks like it has been taken over by the US, creating conflict rather than a bridge between Russia and the US

The man who was involved in multiple coups of democratically-elected governments now says the US cannot impose its views on other nations:

„SPIEGEL: In your book, you write that international order „must be cultivated, not imposed.“ What do you mean by that?

„Kissinger: What it means is we that we Americans will be a major factor by virtue of our strengths and values. You become a superpower by being strong but also by being wise and by being farsighted. But no state is strong or wise enough to create a world order alone.“

Chomsky has often described how superpowers seek to organize the world according to their interests through military and economic power. Throughout his career he has been an advocate for national self-determination, not domination by superpowers.

Though Kissinger and Chomsky might be offended at being associated with the political views of the other, as the US rushes headlong into a military conflict between the coup government in Kiev and the Eastern Ukrainian governments seeking their own self-determination, it is notable that both agree this rush to war is a mistake – and one of potentially historic proportions. 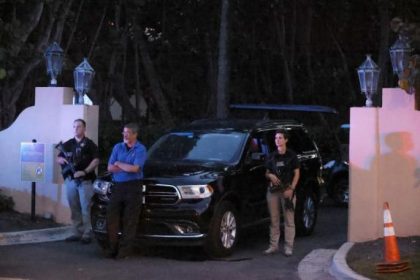 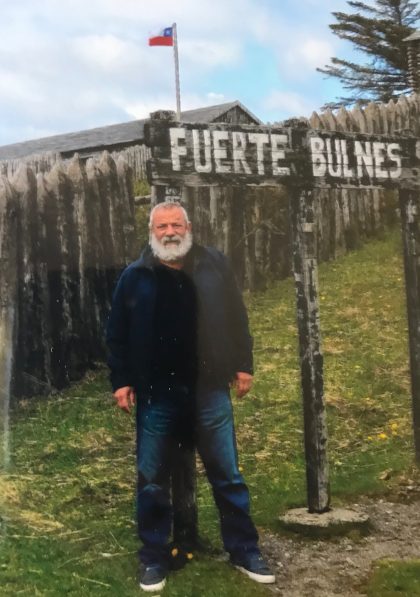 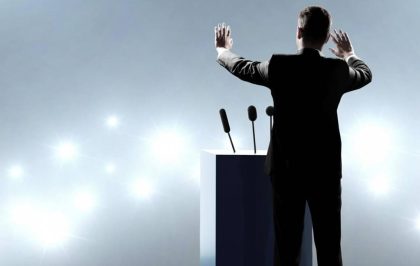