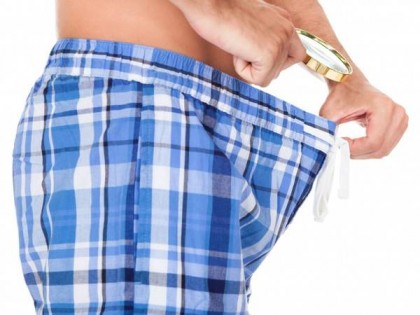 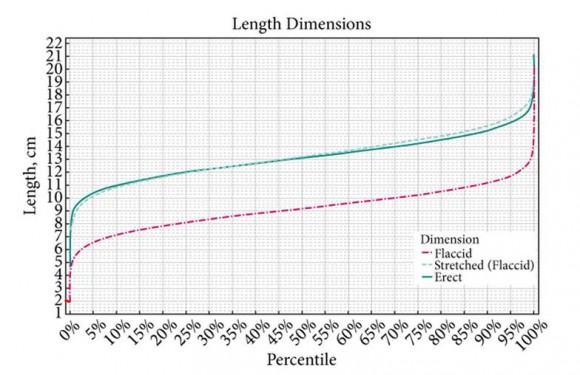 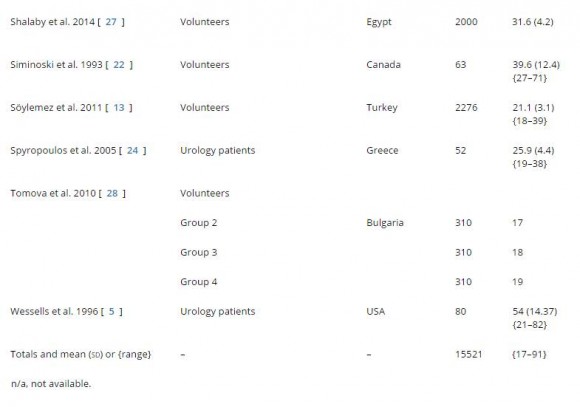 OBJECTIVE:
To provide estimates of normal variations in penile measurements and testicular volumes, and to establish reference ranges for clinical use.
DESIGN:
Cross-sectional, population-based study.
SETTING:
Schools, kindergartens, and child care centers in different parts of Bulgaria.
PARTICIPANTS:
A population of 6200 clinically healthy white males aged 0 to 19 years.
INTERVENTIONS:
The study physician chose schools, kindergartens, and child care centers randomly and examined children at random until he reached the required number. Each of the 20 age groups (age range, 0-19 years) had an equal number of males (ie, 310).
MAIN OUTCOME MEASURES:
The mean (SD) values and fifth, 50th, and 95th percentiles of height (Siber Hegner anthropometer), weight (beam balance), testicular volume (Prader orchidometer), penile length (rigid tape), and penile circumference (measuring tape) from birth to 19 years of age.
RESULTS:
Testes did not show any increase in size until the onset of puberty at age 11 years, whereas penile growth was gradual after birth. However, both penile and testicular development demonstrated peak growth from 12 to 16 years of age, which coincided with the maximal male pubertal growth spurt. Data indicate an earlier pubertal development for this study population than that for a similar population several decades ago. Significant differences between urban and rural populations regarding penile length were also noticed.
CONCLUSIONS:
Our study provides the contemporary reference range values for height, weight, testicular volume, and penile length and circumference of males aged 0 to 19 years. Our data show that, even by the end of 20th century, there is still some acceleration of male pubertal development. For the first time are reported somatic differences in genitalia within a population between urban and rural representatives.

Am I normal? A systematic review and construction of nomograms for flaccid and erect penis length and circumference in up to 15 521 men

Penis size nomograms may be useful in clinical and therapeutic settings to counsel men and for academic research.

In all, 20 studies, with up to 15 521 males, meeting the inclusion and exclusion criteria were found. Five definitive nomograms for the flaccid and erect penis size measurements with a mean and sd were created. Strengths of the present review are that strict inclusion and exclusion criteria were used and there was (modest) homogeneity in the studies. Consistent weak but significant correlations between height and stretched flaccid or erect size were found. However, correlations with other somatometric parameters were either inconsistent or weak.

Wessels [5] suggested that beyond 2 sds below the mean should define a candidate for penile augmentation (2.28% of the male population), which we found was

Stretched flaccid length appears to be an excellent estimate of erect penile length, which for some individuals presenting to clinical settings, may indicate that it may not be necessary to measure erect length as well as flaccid size. However, there was greater variability in the measures, which suggests less reliability. This was found by Chen et al. [30] who reported that a minimal tension force of ≈450 g during stretching of the penis was required to reach a full potential erection length and that the stretching forces exerted by a urologist in their clinical setting were experimentally shown to be significantly less than the pressure required. This may account for a discrepancy observed in three out four of our present studies in Table 1, which measured stretched and erect length simultaneously and found that the erect length was longer than the stretched flaccid length. There is therefore a greater risk of bias in measuring the stretched length if insufficient pressure is applied and the greatest need for training and measuring inter-rater reliability.

It is not possible from the present meta-analysis to draw any conclusions about any differences in penile size across different races. Lynn [31] suggest that penis length and girth are greatest in Negroids (sub-Saharan Africans), intermediate in Caucasoids (Europeans, South Asians and North African), and smallest in Mongoloids (East Asians), but this is based upon studies that did not meet our present inclusion and exclusion criteria. The greatest proportion of the participants in the present meta-analysis were Caucasoids. There was only one study of 320 men in Negroids and two studies of 445 men in Mongoloids. There are no indications of differences in racial variability in our present study, e.g. the study from Nigeria was not a positive outlier. The question of racial variability can only be resolved by the measurements with large enough population being made by practitioners following the same method with other variables that may influence penis size (such as height) being kept constant. Future studies should also ensure they accurately report the race of their participants and conduct inter-rater reliability.

Herbenick et al. [32] found from their self-report data of 1661 men, a mean erect penile length of 14.15 cm and a mean erect penile circumference of 12.23 cm. This is about 1 cm larger than the mean erect length and 0.6 cm larger than that the mean circumference from our nomograms. This might be dismissed as the unreliability or bias of self-report but they argue that their sample was more accurate, as the data were reported anonymously over the internet and were motivated to obtain a condom that fitted their erect penis. Their data also suggest that the mode of getting an erection may influence erect penile dimensions (e.g. being with a sexual partner at the time of the measurement) and that this may be more accurate than self-stimulation especially in a clinical setting.

All the studies included in the present review described a standardised procedure for measuring penile size. However, temperature, level of arousal, and previous ejaculation could also affect the penile dimensions. There is potential risk of bias in the measurement of penis size, although there was little evidence of heterogeneity in the studies. There were considerably more flaccid measurements than erect, with only four studies (n = 692) measuring erect length and only two studies (n = 231) measuring erect circumference. Our present nomograms do not reflect the relative uncertainty (or number of men) that contributed to each estimate of weighted mean and pooled sd. Flaccid length and girth may for example be less reliable measures and more dependent on the temperature of their surroundings, the level of arousal and the professional measuring. We recommend future studies report their method in greater detail with a system for training of the practitioner(s) and the inter-rater reliability. We recommend privacy in an air-conditioned consulting room at a constant temperature (21 °C) at sea level. Using a disposable tape measure, a participant should have three parameters measured in the flaccid state: circumference (girth) of the penile mid-shaft; length from suprapubic skin to distal glans (skin-to-tip); and pubis to distal glans (bone-to-tip). In the flaccid state, a stretched measurement can be recorded, by grasping the glans and exerting a stretching force until a participant feels mild discomfort to obtain maximum stretch [33]. If possible, a participant should not have ejaculated in the previous 24 h. Erect measurement may be reported either after self-stimulation and watching pornography alone or induced by a prostaglandin injection. Further research is required to determine whether erect measurements in naturalistic settings with a sexual partner may be associated with a larger erect measure.

It is acknowledged that some of the volunteers across different studies may have taken part in a study because they were more confident with their penis size than the general male population. Confidence to take part in size measurements may bias the measures to the larger end of the distribution. Equally there may be a bias towards the smaller end of the distribution if the full stage of genital development had not been reached in some men who had not reached the age of 18 years (or individual maturity), although this may depend on nutritional status and culture [18, 34]. The greatest proportion of participants were Caucasian and Middle Eastern men. Therefore, it is not possible from the present meta-analysis to draw any conclusions about any differences in penile size across different cultures.