COOPERATION AND INDEPENDENCE MAKE THE POWER 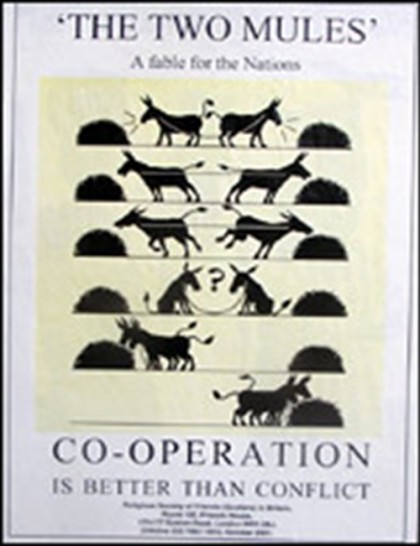 The Two Mules above were taken from Wikipedia to illustrate herein a modification of Buridan’s ass named after the French philosopher Jean Buridan (c. 1295 – 1363). The mules tied with a rope are placed precisely midway between two stacks of hay – the same in size and quality. Further, the Tale clearly demonstrates that cooperation is better than conflict. When each mule tries alone to reach a stack of hay, the two mules remain hungry, both lose (lose-lose solution). When they sit and ponder together – without anyone imposing their decision upon them – they in tandem reach first one, then another stack of hay and thus feed well. In effect, the two mules earn (win-win solution). This tale reminds Aristotle’s De Caelo (On the Heavens) which describes the hungry and thirsty man who is placed equidistant between food and water, but he cannot decide to eat or drink – and so the man remains hungry and thirsty.

Tale of a group of African children

Anthropologist offered to children of African tribe to play a game. He set fruit basket at distance of them and tells the children: „He among you who was the first he reaches the basket, awarded all the sweet fruit.” When he made a sign to the children start the race, they – without anyone imposing their decision upon them – firmly grappled with their hands and ran together, and then all sat together and enjoyed a delicious fruit. Surprisingly, anthropologist asked the children why they ran all together, because each of them could enjoy the fruit for himself. Then they responded: „Obonato. Is it possible that one has been happy if all the other sad?” Obonato in their language means: „I exist because we exist.“ This is a reminiscence of Je est un autre (I is another/ within me) – written by the great French poet Arthur Rimbaud on 13 May, 1871 in a letter to his teacher.

It was very cold and many animals dying from cold. Seeing that the hedgehogs decided to unite in groups to warm each other, but each of thorns hurt their neighbors. Then they decided to move away and began to die of frostbite. Smarter and better educated hedgehogs however agreed – without anyone imposing their decision upon them – to tolerate spines of others and thus learned to live with the small wounds from communicating with the closest.

It is recommended that these three tales to also be read by Bulgarian politicians. To learn to apply politics of a balance of cooperation and independence. Because it makes the power of a country and its citizens, that is, at national and personal level.

The behavior of cooperation (togetherness, obonato, empathy) also has a healthy benefit. In his book The Stress of Life, published in 1956, Professor Hans Selye wrote that one way to reduce the harmful effects of bad stress (distress) is to cooperate with each other. Such a reciprocal behavior reminds a biblical statement (Luke 6: 31): “do unto others as you would have them do unto you.” Likewise, magnetic resonance imaging (MRI) demonstrates that the same brain structures and molecules mediate altruism, cooperation and pleasure. Thus scientists are decoding the Golden Rule of reciprocity, but we are yet living in the insufficiency of ethics of cooperation and independence. Globally, not only in Bulgaria. 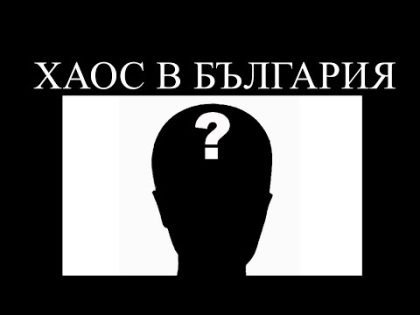 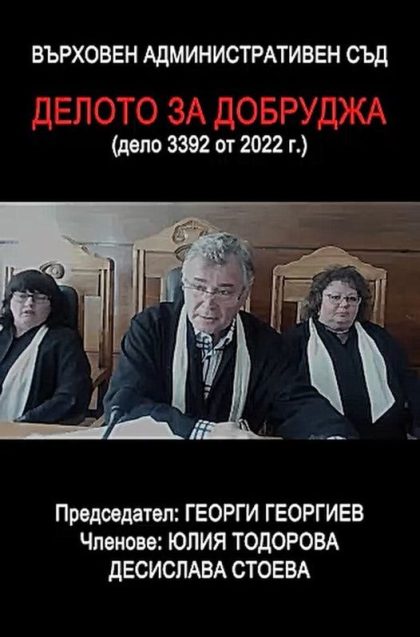 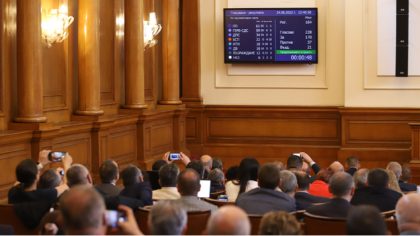