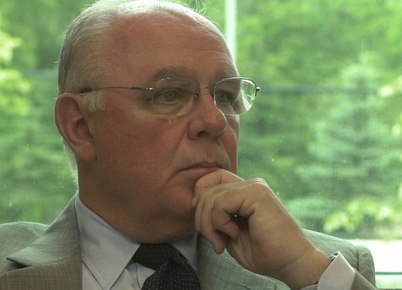 Democracy took a step backward in the latest presidential and municipal election process in Bulgaria. The campaign leading up to those elections in this Nato and EU nation exposed an alarming decline in the freedom and independence of print and electronic media and political intimidation at levels not seen in decades in the country.

From Sunday’s run-off and elections a week earlier, the Citizens for European Development of Bulgaria Party (GERB) of Prime Minister Boiko Borissov won the presidency and mayor positions in the majority of major towns and cities around the country, including the capital, Sofia. The outcome consolidated political power further in Bulgaria. Borissov’s party already dominates the Bulgarian Parliament and Government.

The Bulgarian print and electronic media have had their shady side since independence from communism, but the situation today takes media corruption and political influence to levels that essentially remove any confidence in the objectivity or independence of major media reporting.

Pay-for-play is the business model for most primary news outlets in Bulgaria during election season. Today it is the organisational policy of many major national daily newspapers to charge for news coverage during political campaigns—not advertising, but news and analysis. If a campaign wants favourable news stories, opinion articles or positive features on its candidate or wishes the media to criticise opponents, it is just a matter of cash. Candidates who do not or cannot pay for coverage simply receive little or no news coverage.

Television is equally guilty. Candidates for office can buy conventional political advertising. However, it is usually more productive to buy news, interviews or features broadcast as objective reporting. Generally, those who pay the stations receive favoured coverage of press conferences and other news programmes.

As newspapers in the US and elsewhere close or consolidate, the number of newspapers in Bulgaria remains stable. What is changing is the ownership. Major Western media investors are withdrawing from the Bulgarian market, and ownership is shifting to Bulgarian investors less concerned with journalistic ethics. Instead, the media has become a means to currying favour with the government to win lucrative contracts or funds from the media budgets of government ministries.

The dominant culture of the Bulgarian media today is to use the press for business and political influence, not to provide objective reporting of political events or to provide scrutiny required to hold government accountable to the people. As one former senior Bulgarian official told me, the consolidation of the media in Bulgaria is a „dirty symbiosis“ between the media, business interests and the government over control of public information.

The expansion of the tabloid press in Bulgaria is another recent development. However, instead of paparazzi photos of entertainment personalities and gossip about the glitterati, these publications are outlets to publish constant, unsubstantiated scandals and vicious personal attacks on candidates and political figures. Again, cash and influence determine who becomes the target of scandal.

Political intimidation and fear also are on the rise in Bulgaria. Tough political signals are not subtle in this region. The appointment of the Minister of Interior to lead the political campaign of the ruling GERB party in Bulgaria is somewhat akin to US president Obama appointing the directors of the FBI and the CIA to lead his re-election campaign. Bulgarians around the country privately talk about political intimidation and the fear of expressing opposition to the current government.

Bulgarians have a recent history of voting for the next leader who will deliver the country from the corruption, inadequate rule of law and the pervasive influence of organised crime which is retarding national development. The Borissov Government came to power on such promises. So far, the government has done well at amassing power. When and if the ruling party will deliver on its commitments to Bulgarians is not clear.

If democracy is to develop further in Bulgaria, a good deal more sunshine — political transparency — is required. Aside from the question of media ethics, as a minimum, Bulgarians should be told when items are bought and specifically and clearly who is paying in every instance when coverage with political implications has been bought. Exposure of political intimidation will require serious monitoring from international organisations along with improvement in local laws.

Plenty of competent, honest journalists live and work in Bulgaria, but they are frustrated and trapped in a system which is corrupted by big money and political intimidation. When a free and objective press falters and political intimidation becomes the norm in a system plagued by serious organised crime and corruption and lacking adequate rule of law, democracy is the loser.

–––––––-
*James Pardew is a former United States ambassador to Bulgaria

1 thought on “Democracy in Bulgaria”