Classified By: Ambassador John Beyrle, for reasons 1.5 (b) and (d).

1. (S/NF) SUMMARY: Sofia Mayor and former Interior Ministry
General Boiko Borisov has stormed onto the national political
scene in recent weeks, founding a new movement that has
quickly become the most popular political force in the
country. Borisov has denied rumors that he will be a
candidate for president in this fall’s elections; he seems
instead to have his eye on the more powerful post of prime
minister, and has publicly said that he does not want to see
the current coalition government serve out its term. Borisov
has cooperated closely with the Embassy on law enforcement in
the past and, publicly at least, remains strongly
pro-American. However, Borisov has been implicated in
serious criminal activity and maintains close ties to LUKoil
and the Russian embassy. END SUMMARY.

2. (C) Borisov was elected mayor in November 2005, after
overseeing the nation’s law enforcement agencies as Chief
Secretary of the Interior Ministry from 2001-2005. He
catapulted to fame in that job, personally leading raids
against drug traffickers and car thieves and gaining
near-heroic status in the media as Bulgaria’s top
crime-figher. Borisov, who once described himself as
„Bulgaria’s biggest asset,“ appeals to the public with his
plain yet colorful language, unpretentious behavior, and
sharp criticism of the country’s political elite. He is the
most popular political figure in the country, having
maintained a consistent approval rating of over 60 percent
for the past five years despite a mixed record against
organized crime at the Interior Ministry.

3. (C) On March 27, the Sofia City Court announced the
registration of a Borisov-linked association called „Citizens
for the European Development of Bulgaria.“ Though
awkward-sounding to the English ear, the group’s name was
carefully chosen to reflect a balance between patriotism and
pro-European values. Its reference to Europe distinguishes
it from the anti-EU extremist party ATAKA, while the group’s
Bulgarian acronym „GERB,“ by which it is commonly known,
means „shield“ or „coat-of-arms“ and has a strong patriotic
connotation.

4. (C) Borisov is not a co-founder of GERB, or even a member
– officially, he remains focused on his duties as mayor. In
practice, he serves as GERB’s public face and has traveled
across the country giving speeches at GERB events and
inaugurating new chapters. His efforts have been well
received; the five week-old „citizens’ association“ has leapt
to the top of the national polls. In a survey released April
24, 22 percent of respondents said they would support „the
party of Boiko Borisov“ if parliamentary elections were held
immediately. The Socialist-led Coalition for Bulgaria, which
won first place in last fall’s elections, came in second with
19 percent.

5. (C) GERB’s meteoric rise has siphoned away support from
the radical nationalists of ATAKA, whose rating fell to 7
percent, off a high of 11 percent in January (septel). GERB
has also attracted supporters of center-right opposition
parties, which in recent years have become too divided by
personality conflicts among their leaders to offer any
meaningful counterweight to the ruling coalition. Borisov’s
nationalist, „tough-guy“ credentials, pro-European rhetoric,
and populist style have led many political observers to
consider him the only man who can unite the Bulgarian right.

6. (C) Borisov has done little to disabuse them of this
notion. In a recent meeting with the Ambassador, Borisov was
dismissive of other right-wing parties, stating that he
„would destroy“ ATAKA, and that the National Movement for
Simeon the Second (NMSS), with whom he was once affiliated,
„is melting.“ If he were to ally with anyone, he said, it
would be with the Union of Democratic Forces (UDF), the
right-wing party which ruled Bulgaria through much of the
nineties. The party, which currently polls at less than 5
percent, „is finished“ in Borisov’s view, but he would still
consider a partnership, if only „to keep the brand“ alive.

7. (S/NF) The timing and tactics of the Mayor’s next move
remain unclear, but recent statements hint at the direction
he will take. A May 2 interview in the high-circulation
daily „24 Chasa“ appeared under the headline quote: „This
coalition should go home early.“ In a recent conversation
with us, Borisov was more direct, saying bluntly, „I will
bring down the government after the basing agreement is
completed.“

8. (S) Borisov has repeatedly assured us that he supports
close relations with the United States, including the basing
of U.S. troops on Bulgarian soil. In a May 5 op-ed, he
described the signing of the Defense Cooperation Agreement as
a foreign policy „win“ for Bulgaria, stressed the advantages
of joint training and U.S. investment, and called on basing
opponents to „hold their tongues in consideration of the
national interest.“ However, Borisov has occasionally
strayed off-message, particularly when trying to make hay
from the government’s unpopular handling of the initiative.
Speaking in Haskovo on April 5, he told a crowd of hundreds
that he personally supported basing U.S. troops in Bulgaria,
but went on to describe the government’s failure to subject
the basing issue to a national referendum as a „fundamental
blunder.“ Comments in a later interview were harsher; „On
Iraq (the government) said that they would withdraw our
troops immediately. They didn’t withdraw them; they sent
another brigade there. They gave the Americans bases without
getting anything in return.“ A letter from the Ambassador to
Borisov taking strong issue with these comments had the
desired result – the Mayor has refrained from further
criticizing the government on this issue, and issued the May
5 op-ed (repeating large sections of the Ambassador’s
pro-basing arguments verbatim) in order to clarify his
support for the joint bases.

9. (S) Born on 13 June 1959, Borisov grew up in Bankia, an
outlying district of Sofia, where he was involved with petty
gangs and gained a reputation as a neighborhood tough. After
finishing high school, he attended the Interior Ministry
Higher Institute (Bulgaria’s main academy for police and
security services) and graduated in 1982 with a degree in
Firefighting Equipment and Fire Safety. He was reportedly
denied entry into the Military Academy and more elite
faculties of the MoI academy because his grandfather had been
executed in a 1950s communist show trial. After graduating,
Borisov, who holds a black belt, became coach of the national
karate team before joining the Sofia police force as platoon
commander and later company commander. From 1985-1990 he
worked at the Interior Ministry Institute and was granted a
doctoral degree in „Psychological and Physical Training of
Operatives.“

10. (C) After the end of one-party rule, Borisov went into
business. He founded his own private security firm and built
it into one of the biggest in the country at a time when
„private security“ was synonymous with extortion and
strong-arm tactics. In the 1990s he served as personal
bodyguard to late communist dictator Todor Zhivkov (by then
out of power), and was later hired to guard former king
Simeon Saxe-Coburg Gotha during the ex-monarch’s private
visits to Bulgaria. When Saxe-Coburg returned to Bulgaria
permanently and was elected Prime Minister in 2001, he
appointed Borisov as Chief Secretary of the Interior Ministry
– a post that Borisov built into the most powerful law
enforcement position in the country. In addition to
traditional law enforcement agencies, Borisov oversaw the
National Border Police, the Customs Service, and the National
Security Service, which is responsible for
counter-intelligence and counter-terrorism.

11. (S/NF) Borisov promoted himself shamelessly as Chief
Secretary, skillfully combining influential connections with
media owners and Hollywood-perfect press instincts to ensure
the favorable coverage that his image is built on. Dubbed
„Batman“ for his brooding presence, penchant for black
designer clothes and sudden appearances on crime scenes,
Borisov built a PR machine that won him broad support from
all age and social groups. Journalists tell us privately
that Borisov pays cash for positive coverage and threatens
those who report negatively on him. His tenure saw him
hailed as „Sheriff of the Nation“ despite at least 123
organized crime-related assassinations and no arrests of
major OC leaders. To his credit, Borisov broke new ground in
cooperation with U.S. law enforcement and intelligence
agencies, and orchestrated numerous arrests of drug
traffickers, counterfeiters and human traffickers. He has
attempted to use these ties for his own ends, often boasting
of his close relationships with Western security services
generally, and U.S. services in particular. His regular
meetings with representatives of the Russian Embassy receive
less publicity.

12. (S) In private conversation, Borisov presents himself as
almost violently anti-Communist – an epithet he applies to
the contemporary Bulgarian Socialist Party as well as the
former regime. He often refers to his grandfather’s death at
the Communists’ hands and rails against the leading role
played by scions of „old Communist families“ such as PM
Stanishev, Chief Prosecutor Velchev and Parliamentary Speaker
Pirinski. Borisov is street smart but often appears
politically naive, as when told us he expects direct American
support for his political career as a sign of our
appreciation for his cooperation. His high energy level and
short attention span sometimes lead him to pace like a caged
tiger. He is exceptionally thin-skinned when it comes to
public or private criticism.

13. (S/NF) Accusations in years past have linked Borisov to
oil-siphoning scandals, illegal deals involving LUKoil and
major traffic in methamphetamines. Information from SIMO
tends to substantiate these allegations. Borisov is alleged
to have used his former position as head of Bulgarian law
enforcement to arrange cover for criminal deals, and his
common-law wife, Tsvetelina Borislavova, manages a large
Bulgarian bank that has been accused of laundering money for
organized criminal groups, as well as for Borisov’s own
illegal transactions. Borisov is said to have close social
and business ties to influential Mafia figures, including
Mladen Mihalev (AKA „Madzho“), and is a former business
partner of OC figure Roumen Nikolov (AKA „the Pasha“).

14. (S/NF) Borisov has close financial and political ties to
LUKoil Bulgaria Director Valentin Zlatev, a vastly
influential kingmaker and behind-the-scenes power broker.
Borisov’s loyalty (and vulnerability) to Zlatev play a major
role in his political decision making. The Mayor has engaged
LUKoil in a number of public-private partnerships since
taking office: LUKoil has agreed to donate asphalt for the
repair of city streets, take on the upkeep of a Soviet Army
monument, and finance construction of low-income housing. In
a reciprocal gesture, Borisov has advocated using municipal
land to develop new LUKoil stations. Though this may seem a
significant quid-pro-quo, Borisov’s public agreements with
LUKoil are only side deals in his much deeper and broader
business relationship with Zlatev, which has been reported in
other channels.

15. (S/NF) Boiko Borisov is an unpredictable individual with
unbridled political ambition and an apparently bright future
in Bulgarian politics. He may be capable of making good on
his threat to bring down the current government, though not
without political allies from within the ruling coalition.
In any case, few people expect him to move before the
November presidential election and Bulgaria’s planned
accession to the EU on January 1. Borisov voices strong
support for close relations with the United States, and is in
a position to advance some American interests in this
country. His clear appeal to nationalist voters may
occasionally bring him into conflict with U.S. policies, but
it is also an opportunity to promote a more positive image of
the U.S. to the public at large.

16 (S/NF) Borisov’s ego may provide our greatest leverage
over him – he craves international attention and
particularly covets U.S. approval. We must continue to walk
a fine line between being used by Borisov’s publicity machine
and alienating an exceptionally popular and seemingly
pro-American politician who may emerge as Bulgaria’s next
leader. In other words, we should continue to push him in
the right direction, but never forget who we’re dealing with.
END COMMENT. 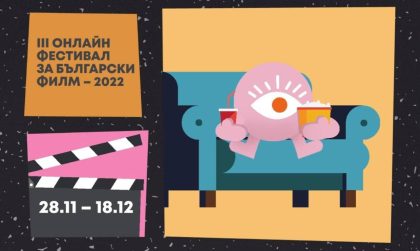