Tsvetta Kaleynska was born on June 19, 1988 in Veliko Turnovo, Bulgaria. She grew up in a family of a university professor and a doctor. She graduated the town’s local language high school in 2008. Tsvetta received a scholarship at St. Francis College in New York City and she moved to the US to pursue her education. In the meantime, in 2010 she won the “People’s Choice” award at the international beauty pageant Miss Diaspora Models International, where she represented Bulgaria. Tsvetta is currently pursuing her Master’s degree at the City University of New York at Baruch College while working as a consulting social media strategist for Dogs Bollocks 5, DB5 Inc. in New York. She is a beautiful and successful Bulgarian girl in the United States, and she believes that she can make the world a better place.

by Katya Ermak, especially for Evrochicago.com

– Last week** the high-end boutique brand Edward Roth New York announced that you inspired its 2014 collection. Tell us more about the process and how everything happened. 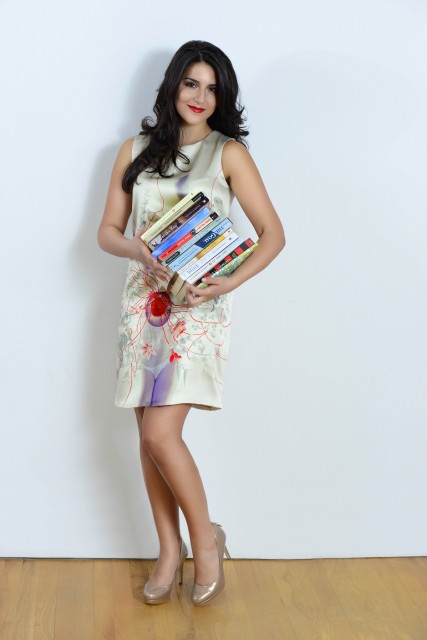 – I still cannot believe that this actually happened. In 2010, I participated in the Miss Diaspora International Beauty Pageant. At the event, I met Miss Nairi Berseh. Nairi at the time was sewing for local New York people but she dreamed of starting her own clothing brand. Little did we both know that soon she was going to have one and I was going to become well known in Bulgaria due to my charitable activities. Our paths went in different directions after 2010 and we reconnected. While catching up, Nairi made the collection for strong and independent people and wanted to use me as an example of a successful young lady who has a strong presence.
All of the clothes turned out to be beyond beautiful. The prints were made in Italy and the clothes were assembled in New York; they are vividly colored. It was an amazing experience to work with Edward Roth’s team and it is my extreme honor to be the inspiration of something so beautiful.

– How did your participation in the beauty pageant change your life? Did you expect that most people would still be recognizing you as Miss Bulgaria years after it?

– Honestly, I still do not know why I decided to participate in the pageant. I have always been into school, books, and languages. Although I enjoy aspects of the beauty and fashion industry, they had not been a part of my life. I come from a family where only work and school were important. We could only talk about beauty at home if we were talking about the inner beauty and the moral values of inner beauty. One of my friends signed me up for the pageant without telling me, and when I received the email that I had been selected to represent Bulgaria (among 56 other girls) I felt that I should go for it, despite my relative short modeling height of 5’5″. After the pageant, I realized that many people took my participation and win seriously; it was almost a matter of Bulgarian pride. I received some media attention through which I was able to popularize two of my charitable activities. That helped me raise more funds for one my charities, the female empowerment Camp GLOW (Girls Leading Our World). I absolutely did not expect that people would remember my participation in the pageant.

– Tell us a little bit about your work at Dogs Bollocks 5 (db5). What does a social media strategist actually do?

– Dogs Bollocks 5 (db5) is a full service market research and social media company. We perform custom quantitative research in uncovering new perspectives and information using cutting-edge social and interactive tools for a variety of companies. I joined DB5 soon after I graduated college and I have mainly been doing social media analytics. I am a storyteller – I tell my clients what happens with their brand in the online world, how their campaigns have been perceived, how successful or unsuccessful their ads have been, etc. I analyze large amounts of data and, based on the numbers I get, I make recommendations to my clients. I never thought I would end up working in digital marketing. I love my job, because db5 is an amazing company, and I have great coworkers. I get so motivated by working with smart people!

– How did you first get involved with the camp Girls Leading Our World? Tell us about the charitable events you organize.

– GLOW is a unique organization. It began in Bulgaria in 2000 as an initiative of Peace Corps volunteers who wanted to address the emotional and educational needs of adolescent girls. The initial aim of GLOW was to inform youngsters on topics such as sexual health, eating disorders, drug abuse, and domestic violence, as well as to provide them an appropriate platform and environment to share their thoughts and raise their concerns. I was a camper at GLOW in 2004, and it was an incredible experience. I met one of my best friends there and the camp itself changed my life. Now in New York, I organize many events for the charity. I was also able to find partners of GLOW in other parts of the US through friends, GLOW followers, and organizations with similar interests. Fund raising events in the upcoming month there will include a charity yoga class in New York, a bake sale at the University of Connecticut and a zumba class in Sofia, Bulgaria. The events will be our celebration of international women’s month.

I also have laid the foundations for another initiative in Bulgaria to promote foreign language literacy called “Tsvetta for the colors of the languages.” I have been donating a large number of books to libraries in Bulgaria. I am very passionate about that initiative. When I was in high school, I spoke English, French, and Spanish fluently, and I had read all the books available at the school library in those languages. The school did not have any funds for new books and that made me feel very knowledge-deprived. I want to expand the library funds in small villages and towns where there is a need for more foreign literature.

– You are working on so many interesting projects. What are your short term and long-term goals?

– I feel as if I have been granted an amazing opportunity to make a difference in the world. I work at an amazing company, I am pursuing my master’s degree, and I am still able to find time for my hobby – fashion. Short-term, I am working on a publication in Bulgaria that is related to my work.

I am not sure what the next couple years look like, but I definitely see myself in the position of a leader. I will always be involved in charitable causes, regardless of the direction that my professional career takes. I have worked very hard to lay the foundations of my success – in school, at work, in the fashion industry – and all my efforts are already starting to bear fruit.

** The interview was done about a week ago.  In Bulgarian it can be seen here. 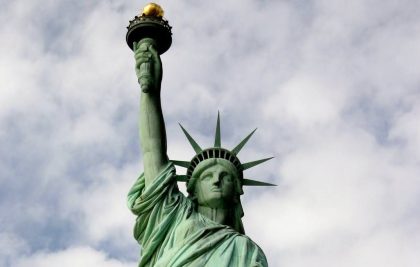 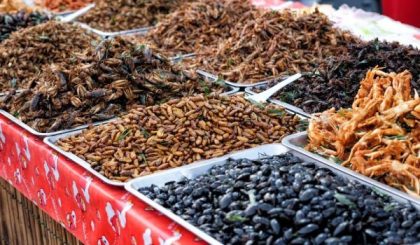 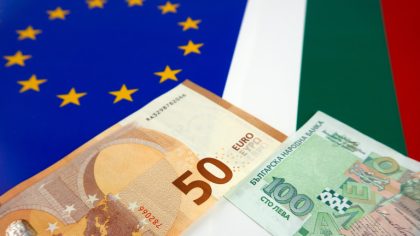